It has been said that “church fights are the worst fights,” perhaps because they break out among people who profess to believe in unity and love. You name it, Christians fight over it. Sometimes the disagreements are over trivial matters, but often they are serious conflicts from different viewpoints. Many Christians have been so hurt by a fellow believer that they walk away from the church and never return.

In a recent blog Dr. Thom Rainer, President & CEO of LifeWay Christian Resources & former Southern Baptist Theological Seminary Professor, listed 10 reasons for conflicts that arise in the church. They mainly include unfair expectations and misunderstood intentions but are common issues in many churches. Conflict happens in every church. This conflict is sometimes managed well. Other times, not so much.

We can observe a biblical example of a personal conflict between two good, godly men, Paul and Barnabas in Acts 15:36-41. Their conflict is not about even an essential or biblical issue, but personal one regarding a person: John Mark.

Here’s a great story that highlights the realities of relationships. God is moving in the hearts of His people and working through them to take the message of salvation by grace through Christ to the world. Paul and Barnabas decide, let’s go back and encourage the believers in the church. Yea! From Barnabas’ perspective, it made perfectly good sense to take his cousin, John Mark, with them again because he started out with them the first time. “What?!?” Paul thought. We are not taking that guy, that quitter, with us again. Earlier in Perga (Acts 13:13), John Mark left Paul and Barnabas to return to Jerusalem. Paul didn’t approve of John Mark’s decision and Luke did not record his reasons or motives in either chapter. Regardless, Paul and Barnabas “had such a sharp disagreement that they parted company, and Barnabas took Mark with him and sailed off to Cyprus. But Paul chose Silas and departed.”  Unresolved conflict. 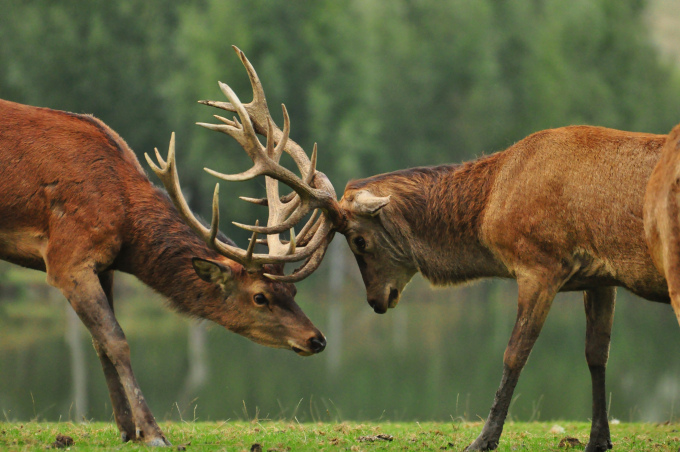 So how can we preserve unity while personally disagreeing with another? Here are four things to consider in every disagreement over non-essential, personal issues.

1. Expect disagreements as normal because of natural differences. Like fingerprints, each person’s background, temperament, experiences, relationships, and perspectives are unique. Because of differences, people will naturally disagree with one another. This isn’t necessarily a bad thing; it’s just a part of being human. Consider some of the differences between Paul and Barnabas: Paul was about the work; Barnabas the worker. Paul was more task oriented; Barnabas who was more people oriented. Paul was missional whereas Barnabas was personal. Paul was a teacher and Barnabas was more of a pastor. They had a different relationship with John Mark since he was Barnabas’ cousin (Colossians 4:10). There were other differences between Paul and Barnabas in regard to their training, home-life, temperament, spiritual gifts, experiences, and passions. In other words, they were different.

2. Even good, godly people will not always agree. This personal, relational conflict between these two godly men helps us see this. The Greek word, paraxusmos, is the word from which we derive our English word paroxysm, which denotes violent action or emotion. This was not a mild disagreement but an intense and passionate conflict! The term, when used negatively, describes anger, irritation, or exasperation in a disagreement. In Hebrews 10:24, it is used positively of stimulating or stirring someone to love and good deeds. Disagreeing is not always a sign of sin or selfishness. Robert Cook has said, “God reserves the right to use people who disagree with me.” By accommodating one another in love, mature believers can disagree without being disagreeable.

3. Every disagreement has an issue and varying viewpoints.  The issue always involves principles. The viewpoints always involve personalities. Differing points of view on the same issue are what usually causes conflict, not two different issues. Sometimes, identifying the issue and the viewpoints can greatly help us understand one another and move us toward a resolution and reconciliation. What is the issue? Is it essential, biblical, or personal?  What are the viewpoints? How could two godly men, both with good intentions see the same issue and come to such different conclusions? Why it so difficult to understand what another person is thinking?

4. Each viewpoint is valid in most disagreements. The story of the disagreement between Paul and Barnabas makes us uncomfortable, but Luke’s realism in recording it helps us to remember that these two godly men, as they themselves said to the people of Lystra, were “human beings with feelings like” any other (Acts 14:15). Notice that Luke does not relate the conflict in such a way as to put Paul in the right and Barnabas in the wrong or vise versa. BOTH of them had a valid perspective. In the heat of an argument, we usually see only one side － our own (perspective, personality, communication style, bias, etc.). But if the disagreement issue is not objective (either theologically or biblically), then it’s subjective. It’s personal for each Christian and not universal for every Christian. There’s room for someone else’s view, right?

A phrase used and applied often in our home that addresses disagreements because of various, valid viewpoints is this: “It’s not wrong; it’s just different.”

The easy thing, the natural, and, unfortunately, normal thing to do when we’re involved in a conflict is to blame the other person (write them off) and/or walk away (either emotionally or physically or both). For me personally, nothing wears me out or weighs me down more than unresolved conflict. Maybe it’s because as I was growing up in my home, conflict was something to be avoided. And what I learned by experience in my family was that usually unresolved conflict resulted in withdrawal (physical, emotional, or both). So out of fear of distance and lost relationship, I naturally want to avoid conflict at all costs. I’m still growing, I’m still learning, I’m still very much “in process”.

What we need when sharp disagreements arise is for God’s Spirit to HEAL our relationships by resolving our conflicts.

How? I’ll address resolving conflict in my next blog post.