By the time we get to the Old Testament Chronicles (reading through the Bible from Genesis to Revelation), we’re tired of history.

After all, the Chronicles seems to repeat what we’ve just read in Samuel and Kings. Making it more difficult, it seems, is the really slow beginning of nine chapters of genealogies. Name after name. Son after son (with an occasional daughter, wife, or mother thrown in). Familiar narratives we’ve heard before.

Why not just skip past Chronicles?

Here’s why. The Chronicles summarize Jewish Scripture, from Adam to the Exile, telling stories about the past that provide hope for the future. There are character studies not only of David, but of obedient kings of Judah who experienced success and blessing. There are, also, stories of unfaithful leaders who faced failure and hardship. All of these stories are not just part of the past, they are for our present and future. The Chronicles are recorded so that we’ll walk with God by faith with faithfulness. If we don’t learn from others in the books of history, we are bound to repeat their failures in our own story.

Like the God’s people of old, we’re living in an era where truth has become relative. God’s Word considered antiquated. Progressive thought valued more than biblical morality. Individual feelings trump personal faith. God’s promises have been forgotten, so human philosophy and empty deceit has taken many, if not the masses, captive. Our culture worships the idols of personal happiness, individualism, materialism, sexual freedom. Meanwhile, issues of heartless racism and systemic injustice rule just as much today as back in the day. It’s an age of mass confusion, fake tolerance, stolen identity, personal choice, disregard for human life, and disheartened fate. Like the unfaithful leaders of Judah (1 Chronicles 9:1, 10:13, 12:14, 2 Chronicles 28:22-25; 33:7-9), our world has, “multiplied their unfaithful deeds, imitating all the detestable practices of the nations”(2 Chronicle 36:14).

If we don’t learn from others in the books of history, we are bound to repeat their failures in our own story. 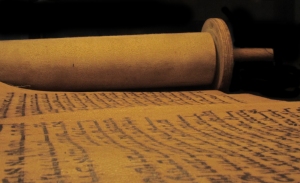 The Chronicles, however, end on a note of encouragement from, of all people, King Cyrus of Persia. After the 70 years of exile in Babylon were completed, he directs the people of God to return to Jerusalem and rebuild the Temple of God. The last sentence (2 Chronicles 36:23) is an incomplete one, “Whomever among you of His people may go up, and may the LORD his God be with him…”

The end of the story of our lives has not been written, yet. God is still with us. There is still hope for the faithful followers of Jesus. Even though it’s been almost 2,000 years, we’re still waiting for the return of our Messiah. Like the returning exiles to Jerusalem longing for a new temple, we anticipate the day when“God’s dwelling is with men and He will live with them”(Revelation 21:3). Do not be afraid or discouraged. Instead, be faithful in a world of unfaithfulness because the LORD our God is faithful.