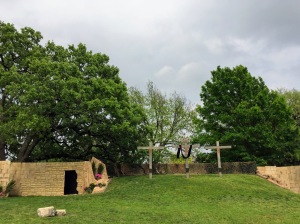 When considering something so critical and potentially life changing, like the resurrection of Jesus, the facts need to be solid, witnesses have to be credible, evidence must be persuasive, corroboration is always crucial, and alibis have to be dismantled. But ultimately, facts about Jesus don’t save us, it’s faith in who He is that matters.

Let’s consider three things: Is the miracle of Jesus’ resurrection fake news, foolish thinking, or based on factual evidence?

Is the miracle of Jesus’ resurrection fake news? How do we evaluate the credibility of the New Testament accounts of Jesus and His miracles, especially the miracle of His resurrection? Michael Shermer, editor of “Skeptic” Magazine says miracles are a “reporting problem.” People made up stories, experienced hallucinations, spread myths, or were biased. 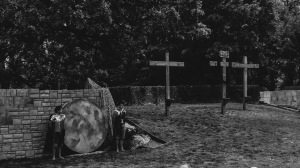 It’s seems that if fake news was spread, however, it was falsified, not by Jesus’ disciples, but by His enemies.

Matthew 28:11–15 As they were on their way, some of the guards came into the city and reported to the chief priests everything that had happened. After the priests had assembled with the elders and agreed on a plan, they gave the soldiers a large sum of money and told them, “Say this, ‘His disciples came during the night and stole him while we were sleeping.’ If this reaches the governor’s ears, we will deal with him and keep you out of trouble.” They took the money and did as they were instructed, and this story has been spread among Jewish people to this day.

Out of bias and envy they spread “fake news” and rejected the miracle of the resurrection – they rejected Jesus.

Is belief in His crucifixion and resurrection foolish thinking?There is nothing foolish about the resurrection if you consider both empirical evidence and personal experience. The NT writers acknowledged that if Christ wasn’t raised, Christians are fools.

1 Corinthians 1:22–25 For the Jews ask for signs and the Greeks seek wisdom, but we preach Christ crucified, a stumbling block to the Jews and foolishness to the Gentiles. Yet to those who are called, both Jews and Greeks, Christ is the power of God and the wisdom of God, because God’s foolishness is wiser than human wisdom, and God’s weakness is stronger than human strength.

It seems to me that purely scientific, humanistic explanations for creation and life take more faith than logic and are foolish. Big bang theories, evolution, and the like deny the existence of a Creator who works miracles.

Matthew 27:62–66 The next day, which followed the preparation day, the chief priests and the Pharisees gathered before Pilate and said, “Sir, we remember that while this deceiver was still alive he said, ‘After three days I will rise again.’  So give orders that the tomb be made secure until the third day. Otherwise, his disciples may come, steal him, and tell the people, ‘He has been raised from the dead,’ and the last deception will be worse than the first.” “You have a guard of soldiers,” Pilate told them. “Go and make it as secure as you know how.” They went and secured the tomb by setting a seal on the stone and placing the guard. 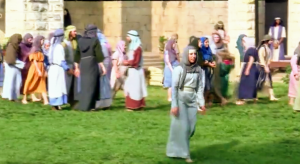 The eyewitness accounts of credible, skeptical people (Luke 24:9-12; John 20:24-29). As we read through the four Gospel accounts of the resurrection, we quickly see the story of Jesus from different perspectives, emphasizing different things. There is enough discrepancy to show that there was no collusion, but enough substantial agreement to show that they were all independent narrators of the same great experience. They were different eyewitnesses just reporting what they saw and unintentionally included different supporting details of the same event.

Luke 24:9–12 Returning from the tomb, they reported all these things to the Eleven and to all the rest. Mary Magdalene, Joanna, Mary the mother of James, and the other women with them were telling the apostles these things. But these words seemed like nonsense to them, and they did not believe the women. Peter, however, got up and ran to the tomb. When he stooped to look in, he saw only the linen cloths. So he went away, amazed at what had happened.

John 20:24–29 Thomas, one of the Twelve, was not with them when Jesus came. So the other disciples were telling him, “We’ve seen the Lord!” But Thomas said to them, “If I don’t see the mark of the nails in his hands, put my finger into the mark of the nails, and put my hand into his side, I will never believe.” A week later his disciples were indoors again, and Thomas was with them. Even though the doors were locked, Jesus came and stood among them and said, “Peace be with you.” Then he said to Thomas, “Put your finger here and look at my hands. Reach out your hand and put it into my side. Don’t be faithless, but believe.” Thomas responded to him, “My Lord and my God!” Jesus said, “Because you have seen me, you have believed. Blessed are those who have not seen and yet believe.”

Billy Graham －“The stone at Christ’s tomb was not rolled away to let out Jesus but to let in the eyewitnesses to declare, “He is risen!” 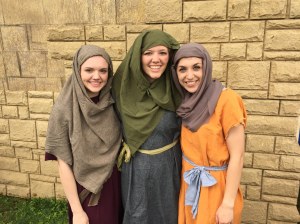 There are more than a billion Muslims who don’t believe that Jesus was crucified. Many of them, based on the Qur’an, believe that God substituted Judas for Jesus on the cross. Here’s the problem, the Qur’an was written six hundred years after Jesus lived. Compare that to the first-century sources that are uniform in reporting that Jesus was dead. Not only do we have the Gospel accounts, but there are also five ancient sources outside the Bible from the first century (Josephus, Tacitus, Mara bar Serapion, Lucian, and the Talmud)

For a conspiracy to succeed, you need the smallest number of co-conspirators; holding the lie for the shortest period of time; with clear communication between them so they can make sure their stories line up.

Just weeks after the resurrection of Jesus, Peter in Acts 2:22–24

“Fellow Israelites, listen to these words: This Jesus of Nazareth was a man attested to you by God with miracles, wonders, and signs that God did among you through him, just as you yourselves know.  Though he was delivered up according to God’s determined plan and foreknowledge, you used lawless people to nail him to a cross and kill him.  God raised him up, ending the pains of death, because it was not possible for him to be held by death.

The explanation of motive by Jesus Himself (Mark 8:31, 9:31, 10:33-34, 45) On three separate occasions, Jesus made it clear to His disciples that He would go to Jerusalem to be crucified and then rise from the dead. His purpose was to justify God’s wrath against sinful people, die as their death substitute, and rise from the dead to conquer death once and for all.

Mark 8:31, 9:31, 10:33–34 “See, we are going up to Jerusalem. The Son of Man will be handed over to the chief priests and the scribes, and they will condemn him to death. Then they will hand him over to the Gentiles, and they will mock him, spit on him, flog him, and kill him, and he will rise after three days.”

Mark 10:45 For even the Son of Man did not come to be served, but to serve, and to give his life as a ransom for many.” 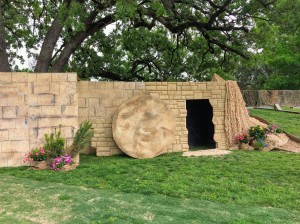 The need for a final decision of faith
Is belief in the resurrection of Jesus, fake news, foolish thinking, or factual evidence? If there is a God, then miracles like the resurrection of Jesus are not only reasonable, they should be expected. You can know all the facts, hear all the witnesses, and examine all the evidence, but each one of us must come to a decision of faith and trust. Factual evidence is not the same as faith.

John 3:16–18 For God loved the world in this way: He gave his one and only Son, so that everyone who believes in him will not perish but have eternal life.  For God did not send his Son into the world to condemn the world, but to save the world through him.  Anyone who believes in him is not condemned, but anyone who does not believe is already condemned, because he has not believed in the name of the one and only Son of God. 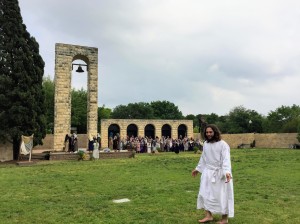 Belief in Jesus and his Resurrection results in personal forgiveness of sin because of His death in our place and new life because He conquered death.