The high priest (Caiaphas) said to Jesus, “By the living God I place You under oath: tell us if You are the Messiah, the Son of God!” “You have said it,” Jesus told him. “But I tell you, in the future you will see the Son of Man seated at the right hand of the Power and coming on the clouds of heaven.” Then the high priest tore his robes and said, “He has blasphemed! Why do we still need witnesses? Look, now you’ve heard the blasphemy! What is your decision?” They answered, “He deserves death!” (Matthew 26:63-66)

In this brief trial before the high priest, Jesus affirmed that He is the Son of God. In doing so, He applied to Himself Psalm 110:1 and Daniel 7:13 where He predicted His resurrection, ascension, and His return in glory. This would mean salvation to those who trust Him, but for Caiaphas and all who reject Him as God’s Son, it would mean condemnation. 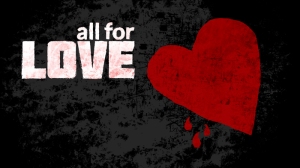 In His death sentence, however, it was not the Jews who ultimately killed Jesus, it was God’s plan all along: “For God loved the world in this way: He gave His One and Only Son, so that everyone who believes in Him will not perish but have eternal life” (John 3:16ff).

The Son of God was sent from God the Father to die in the place of sinful man so that we could live with God in heaven forever. And He did it all for love.