Over the years, the “R” word has developed a bad reputation. Repentance has gotten a bad rap. Perhaps, for far too long repentance has been used as a weapon against people rather than an encouragement to people.

Driven by fear of hell and judgment, calls to repentance most often are intended to bring about a change in conduct. In the English language, the word repent is most often associated as something negative. But, in the language of the New Testament, the word was used in a positive way as something intended for good. Today, we need to repent of our misunderstanding of repentance. And that’s a good thing.

Contrary to popular opinion, repentance does not primarily mean to be sorry, nor does it mean turning away from sin. The Greek word for repent, μετανοέω (metanoeo), means to change your mind/heart or change your purpose. The Greek word translated repentance (metanoia) literally means a change of outlook (from meta and noeo meaning to reconsider). As an active imperative in the Bible, the verb is a call to reconsider your present outlook of life in light of the reality of eternity. A change of perspective, involving the total person’s point of view, is called for by this term. Repentance indicates a complete change of attitude, spiritual and moral, towards God. The primary meaning involves a turning to God which may indeed make you sorry for your sins, but that godly sorrow is a by-product of repentance and not the repentance itself.

“Repent, because the kingdom of heaven has come near.” 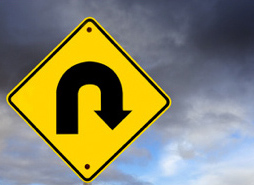 He called the people of Israel to change their purpose in life to the things of God in heaven in anticipation of their Messiah coming to earth. The people needed to change their way of thinking because most of them believed that they would enter the Messiah’s kingdom simply because they were descendants of Abraham (Matthew 3:9). Others needed a change of heart because they wrongly believed their human attempts to live a good, righteous life would be enough to stand in the presence of a Holy God. True repentance requires a change of belief before a change of behavior can ever be considered.

John baptized people with a baptism of repentance telling them that they should believe in the One who would come after him, that is, Jesus. He was attacking the established religious misconceptions of his day and those who taught them. He gave a positive challenge of genuine change in life direction and purpose rather than the mere complacency, hypocrisy, and superficiality of organized religion (Matthew 3:8). What they needed to do, John proclaimed, was look to God as the source of their hope and salvation.

At the beginning of His public ministry, (Matthew 4:17), Jesus began to preach the same message,

“Repent, because the kingdom of heaven has come near!”

He would later proclaim, “I have not come to call the [self] righteous, but sinners to repentance” (Luke 5:32). Paul explains further that the riches of God’s kindness, restraint, and patience are intended to lead us to Him in repentance (Romans 2:4).

The Bible is clear that repentance requires a change of mind about being a sinner (Romans 3:23), about the awful consequences of sin (Romans 6:23a), about not being able to make yourself acceptable to God by good works (Ephesians 2:8), and about who Jesus is and what He did (John 20:31). It also requires a change of confidence from self or any other to confidence in Jesus to save (1 Thessalonians 1:9-10). Being convicted of sin and changing your mind about being a sinner can and should produce regret about being sinful, but sorrow alone is not sufficient – nor is a change in behavior. What we need is repentance that reflects a genuine change of heart, soul, and mind.

True repentance is a conscious decision to trust Christ as Savior, a transfer of confidence from self to the Savior, Jesus. On the day of Pentecost, Peter told those who had crucified the Lord Jesus that His resurrection and ascension into heaven proved He is both Lord and Christ. They were challenged to repent to receive forgiveness (Acts. 2:22-38). This meant to change their minds about Jesus – being the Messiah, the Christ. The people who heard Peter’s message about Jesus on that day formerly thought of Him as mere man. Peter explained that they were asked to accept Him as Lord (Deity) and Christ (promised Messiah). They did, and their change of mind is described as “those who had accepted his message” (Acts 2:41). Their repentance was shown in believing the message about Jesus. Repentance is looking to Jesus by faith in His completed work on the cross to change us – give us new life and a new purpose for living (2 Cor 5:15,17).

When John came preaching in the Wilderness of Judea, he gave the reason for repentance:  “because the kingdom of heaven has come near.” Jesus preached the same positive message. The kingdom was near because the King was near. In fact, He is Immanuel, which means, “God with us” (Matthew 1:23). Two thousand years later, God is still calling people to repentance – calling us to change our mind, change our hearts, change our life direction. Praise God that,

“The Lord does not delay His promise, as some understand delay, but is patient with you, not wanting any to perish but all to come to repentance.” 2 Peter 3:9

The kingdom of heaven is near because Jesus is here. Turn to Him. Look to Him. Live for Him. Follow Him. Repent today – it’s a good thing.