Today we recognize Washington’s Birthday, also known as Presidents’ Day, as a day to honor the life work and sacrificial service of George Washington, the first President of the United States. We also recognize the work and service of President Abraham Lincoln as his birthday was also in mid-February. In practical use, Presidents’ Day has become a day to celebrate and honor all our presidents, past and present.

Paul taught us to pray for our leaders, “for kings and all those who are in authority,” today and every day (1 Timothy 2:1-4). Peter instructed us to “Submit to every human authority because of the Lord, whether to the Emperor as the supreme authority or to governors as those sent out by him.” (1 Peter 2:13-14). We are to give honor to those who deserve honor because of the positions of authority God has given to them as His servants (Romans 13:4-7; 1 Peter 2:17). The same Peter who taught us to be subject to human rulers, also refused to obey the Sanhedrin when it demanded that he cease preaching the gospel (Acts 4:19-21). Peter believed that there was a proper place for civil disobedience when the laws of human government make it illegal to obey God (see Daniel 3:1-18), but to do so respectfully. 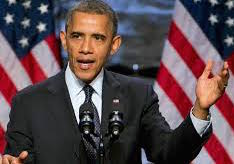 The commands in the inspired Word of God to pray, honor, and submit to governing authorities as God’s servants relate to the office AND the person, whoever it may be. Submission to them includes obedience, but submission also includes an honorable attitude from which the obedience flows.

We should do this regardless of whether these individuals are personally worthy of our submission, but because by submitting to them we honor God by obeying His Word. After all, the governing authorities for whom Paul called Timothy to pray and the Emperor to whom Peter called us to submit included Emperor Nero, the ruler who beheaded Paul and crucified Peter.

Whether you agree with your president and other elected leaders or not, you and I are to pray for them, not against them, to have wise counsel that leads to justice, compassion that results in mercy, and courage to stand for truth in oder to accomplish God’s will.  And we are to obey them unless such obedience requires disobedience to the Lord.  Obey your highest authority whenever you can, and God always. Obey the Word of God — pray, today and everyday, for the President of the United States.