In December of 1984, during my junior year at Lakeview Centennial High School, the a cappella choir was invited to sing George Frideric Handel’s, Messiah, in its entirety with our rival school (South Garland) at the newly opened Garland Performing Arts Center. Many of us were friends from earlier days at O’Banion Middle School, so we were excited to sing together again. We rehearsed for weeks both during and after school for this unique opportunity to perform this musical and scriptural masterpiece.

On the night of the concert, the stage was set, the soloists were ready, and the lights were heating up. The mood of the theater was electrifying. We began with Isaiah’s prophecy and continued to sing of the angels’ annunciation to the shepherds. We could hardly contain our excitement as the music flowed to the anticipated climax of the Hallelujah Chorus.

Before we made it past the section of Christ’s passion, though, something unexpected happened. First, one guy fainted and fell backwards off the risers, then another…and another. I don’t recall exactly how many passed out that night under heat of the bright lights, but choristers were dropping like hail in a thunderstorm. While the mass fainting episode certainly detracted from the music, it did add something to the memory. 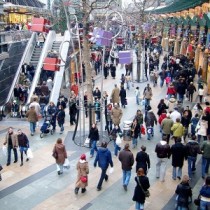 Since then, I’ve listened to Handel’s oratorio perhaps a dozen times all the way through. Each musical strain and scripture in song stands out above most other holiday songs in the shopping mall. Occasionally, I’ll hear “For Unto Us a Child is Born,” or “the Hallelujah Chorus,” while out and about or simply working in my office.

A problem develops, though, when brilliant compositions, like Handel’s magnum opus, are used for background music.

When something extraordinary is always around us, it can become ordinary. If an amazing piece of music is constantly playing in the background our admiration for it doesn’t increase, it diminishes. It becomes < y a w n > no big deal.

Last week, as another song from the Messiah shuffled through my Christmas playlist, the thought occurred to me, Is Jesus becoming background music in my life? Has the supernatural miracle of the Messiah’s incarnation become so familiar that I regard it as normal? Has my redemption through His passion and resurrection become routine?

No matter where I go someone is talking, singing, or tweeting about…Jesus. (Yes, I’m aware I’m guilty of doing this right now.)  Not a December day goes by when I don’t see Christmas decorations or read a bumper sticker reminding me, “Jesus is the Reason for the Season.” I can’t turn on the radio or check facebook without someone or something reminding me about Jesus. He’s quoted (or more often, misquoted) almost everywhere.

Not long after the birth of Christ, Roman philosopher Apuleius said, “Familiarity breeds contempt, while rarity wins admiration.”  Is it possible that my constant exposure to the Christ of Christmas isn’t increasing my admiration or devotion for Him, but rather, diminishing it?

In Max Picard’s, The World of Silence he writes,

“Today, when there is only noise in and around man, it is difficult to approach the Mystery. When the layer of silence is missing, the extraordinary easily becomes connected with the ordinary, with the routine flow of things, and man reduces the extraordinary to a mere part of the mechanical routine.”

That’s what’s happened to me. So, how do we prevent over-exposure to Jesus and the trappings of the Christmas season from reducing Him to “a mere part of the mechanical routine?“ Is it even possible? 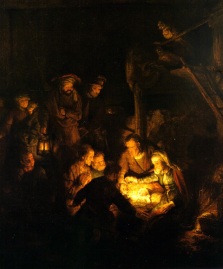 “Speak to me, speak to me… above the Christmas noise,” our PBC worship choir sang a few seasons ago.

As we celebrate Christmas, I invite you to join me (and help me) in turning off the gadgets, the technology, the screens, and even the music that generates the extra white noise hindering our ability to hear and appreciate the voice of God.

Blogger Seth Godin wrote, “The sound of a small bell during a dark night is louder than the din of traffic outside your window during rush hour. Surprise and differentiation have far more impact than noise does.”

Let’s reduce the noise and turn up the silence. Let’s take some much-needed time to slow down, log off, power down, and unplug.

After all, wasn’t it a Silent Night in Bethlehem that contrasted the mystery of the angels’ Hallelujah Chorus?