Variety is the spice of life! It’s often said that differences are what attract a couple to each other, and differences are what drives them apart.  That’s true not only in romance, but also in friendships and other relationships. The differences that we don’t like in others – or in ourselves – keep us from truly loving and really living.

The fact that God created everyone to be different makes this world interesting and His church appealing. We appreciate those with different personalities, different backgrounds, and different gifts and talents, don’t we? But those differences can also make for a lot of tension, can’t they? Differences can make love quite a challenge. We value them conceptually, but we don’t like their harsh reality.

My heart breaks when I consider, especially within the body of Christ, how many marriages have ended, how many friendships have been lost, how many churches have been left because of “irreconcilable differences.” Variety is the spice of life, but without love, it becomes a bitter herb.

Until we really understand that each one of us is purposefully unique, we’ll have a tendency to compare ourselves to differences in others in a way that complicates life and kills love. 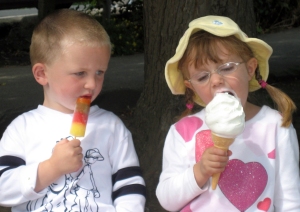 Comparing ourselves with others and deciding that we are in some way inferior—that we come up short or got the raw end of the deal when God handed out gifts, opportunities, and blessings—may look like humility at times, but actually leads to bitterness and resentment. On the other hand, comparing ourselves and deciding that we are in some way superior—that we are more highly favored or more gifted or more inherently valuable—is arrogance. These attitudes are two sides of the same coin: “Love does not envy, it does not boast” (1 Cor. 13:4b).

Paul identified these two major responses to the differences among people, families, and churches, and then, described some of their fruit. Envy and pride result in dishonoring, self-seeking, angry, judgmental attitudes and actions. Comparison always leads to ungodly, unhealthy, spiritually immature results. The moment we compare our own gifts, position, opportunities, etc. with someone else, selfish thoughts are planted that eventually will produce sinful attitudes. Using differences to compare kills love. Celebrating differences cultivates it.

Love does not envy, is not boastful, is not proud, is not rude, is not selfish, is not easily provoked, and does not keep a record of wrongs. 1 Corinthians 13:4-5

Comparing Upward: Envy. Envy compares upward and produces jealousy, anger, resentment, and bitterness. The Greek word for envy is an interesting one—it comes from a root word meaning “to boil.” Picture a seething, boiling jealousy that grows within the heart of a man. It’s an emotion that burns inside. Paul, writing to the Corinthians who were torn apart by divisions and jealousies, says that love leaves no room for a jealous, envious heart; “Love does not envy.”

Whenever we speak of the word “envy,” we often use interchangeably the word “jealous.” Though they are used often in the New Testament interchangeably, there is a subtle difference between the two words. Envy stands at the bottom of the pile breathing ill will at everyone who is above it. Jealousy stands at the top of the pile afraid that somebody will replace it. Envy is angry at what everyone else has that it does not possess. Jealousy is 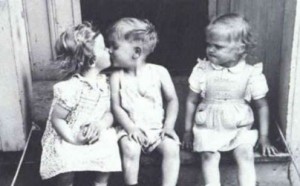 The Bible tells us that we are to rejoice with those who rejoice and weep with those who weep, but jealousy turns that on its head and says, “No, the envious person weeps for those that rejoice, and rejoices when others weep.”  Jealousy has destroyed families, interrupted marriages, torn apart churches, and destroyed relationships. It is perhaps the one vice that has caused more damage to the kingdom of God than any other, with the possible exception of its twin, pride. When jealousy enters the front door, love walks out the back.

The fight against envy is actually a lifelong battle, perhaps the greatest spiritual battle we will ever face. The temptation to mistrust God’s goodness was behind the first temptation in Eden (Genesis 3), and it’s somewhere in the rationale behind every sin we commit. After all, if God isn’t good—not just at a theological level, but in real, practical terms in our own lives—then we may have to take matters into our own hands. We have to strive for our own security or arrange for our own future because He may not, at least not the way we want Him to. And then, when things and relationships don’t work out, all of our mistrust seems to be confirmed. God may be good theoretically, but His goodness doesn’t apply to our lives. We start to wonder if God can be trusted with any of our heart’s desires.

The antidote for envy is to believe that God is good and He is sovereign over the gifts and opportunities He has given us—and that in His wisdom He has been just as intentional in the lives of others. Redirect your desire for God to use your life at whatever level He desired in order to build His kingdom – not in comparison to anyone else, but just however He wanted. We can also meditate on God’s goodness. Whenever we question God’s goodness, there’s a lie somewhere in our thinking.

Choosing gratitude prevents envy from entering our hearts. We will either envy what other people have or thank God for what we have, not both. We can’t hold jealousy and gratitude in the same heart.

If we don’t let go of envy and choose love, we will forever be running to keep up with those who make us feel inferior. That’s a tiring, misguided way to live. Evey is one of those subtle attitudes that keeps us busier than we need to be.  It’s much better to realize that we’re all part of the same body, each part performing a necessary function. We can stop comparing and rejoice in each others contributions without being envious. That’s what love does.

Comparing Downward: Pride. “Love does not boast, it is not proud.”

The Puffer Fish is a relatively small fish, but it fills itself with water and becomes enormous when it feels threatened. It increases its own size in order to intimidate any potential predators. That’s a lot like what we do when we compare ourselves to others. Sometimes we puff ourselves up out of insecurity, other times simply to let others know how important we are. Either way, it’s a form of arrogance. In contrast to comparing upwardly and feeling envious, we become proud – literally “puffed up, inflated, overvalued” – when we compare ourselves to others and think we are superior. In order to live and make our feelings or thoughts known, we either project our importance by puffing up or by putting others down.

While the underlying assumption of the envious is “I don’t matter, I don’t measure up,” the underlying assumption of the arrogant is “You don’t matter, You don’t measure up.” We begin to feel entitled. We have a need to have our needs met. We’re special, after all. We need to be heard. We need to be right. We start to feel like we don’t need others as much as we used to, and so we become more independent. And in the process, we become indifferent to the needs of others because we’re so preoccupied with ourselves.

In order to break out of this misdirected, sinful attitude, arrogant people need to choose to be vulnerable in order to receive God’s goodness. A few simple reminders can help bring us back to the right perspective. First, we must remember that everything we have comes from God. “What do you have that you did not receive?” Paul asks in 1 Corinthians 4:7. Everything we’ve been given—our natural talents and abilities, our opportunities to acquire learning and develop skills, our spiritual gifts, and even our own lives—has come from God.  We didn’t choose where we came from, what families we were born into, or what privileges we were given. We may have chosen to work hard and take advantage of opportunities, but God also put us in that position to work hard. Everything comes from Him. He can lift us up or bring us down.

In order to combat pride, we must also seek out truth tellers. We need to find people who won’t be swayed by our current position or influence. No matter what is ever said or written about us, no matter how many titles or degrees we receive, no matter what our bank account is, they won’t be impressed. They will love us for who we are, be honest with us about what they see, and demonstrate love in a way we won’t get from many others. If you’re married, your spouse should be first on that list. Invite people deeper into relationship with us. If we confess our tendencies to be insensitive, posture, or intimidate, then open up to loving others around us, the comparisons will subside, and pride will become much less of a problem.

We all tend to lean toward one side or the other in this tension between envy and pride. How do you tend to compare yourself with others? Do you gravitate more toward an upward comparison (envy) or a downward comparison (pride)? Which attitude bothers you more when you see it in other people? Why do you think that is?

How does Christ-like love respond to differences?

As Darlene Neufeld was going through the bedtime routine with Micah, her autistic son, she asked him, “How many kisses do you want?” Micah loves this game. Sometimes it’s just one kiss; sometimes it’s “a hundred.” He asked for one. Then suddenly he sat up in bed. “We need a record of kisses!” he declared. He jumped out of bed and went to the small chalkboard that’s in his room. Taking a piece of chalk, he laboriously printed out KISSES on the top. Then he recorded one small mark. “There,” he said. “We have a record of kisses.” He was so cute she had to give him another one, to which he promptly responded by jumping out of bed to add another tally to his record. Then he started counting: “One, two, three, thirteen. We have thirteen kisses,” he announced. “We can have records and records of kisses,” he said as he snuggled under the covers. His

mother refrained from smothering him with more. He did need to sleep. These words whispered into Darlene’s memory: “Love keeps no record of wrongs.” True, she thought, it keeps a record of kisses.

If love responds to hurts with hugs of patience, then it must relate to differences with kisses of kindness.